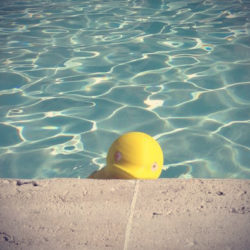 This was my final project for the Fabacademy class. You can find the detail in my public repository.

The concept for the final projects stars from my interest about human- computer interaction and novel interaction paradigms. I think technology should make things easier, through automation and amplification of human capabilities. However the interaction with tools should be also fun and pleasurable. As human brain is used to consider “alive” everything that shows a “smart” behaviour (and digital tools usually pretend to be smart) I wanted to create an object that has personality and allows a different kind of human-computer interaction.

The concept is to create a “social robot” that can create an “emotional” interaction with the user and that is able to move him/her to do something. I focused on a specific context of use: pool in a garden during summer. My social robot is a duck that is happy when people are in the pool having fun and that feels lonely when is left alone. So, communicating thorugh social networks, it is able to share its feelings. 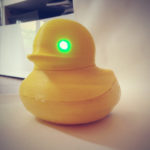 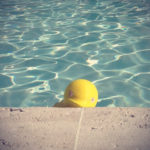 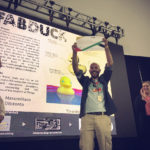 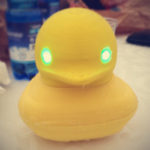